One can be assured that a call to one of the principals provides the services of all. Operating as a team, the requirements of each customer are fully shared, thus assuring that the collective knowledge and experience of the team is utilized in solving the most challenging of customer requirements.

The principals, though family members, come from a diverse educational and work background:

Sonny, Chairman, is a Pomona College Liberal Arts graduate. He worked as Sales and Distribution Manager for General Cable Corporation before and after a two year service in the United States Army Medical Corps. Following a 15 year career with General Cable Corporation, Sonny joined IDC Real Estate in El Paso , which later became LaSalle Partners. Sonny developed the industrial marketing for IDC, dedicating special attention to the Maquila industry and the development of the  Pan American Center for Industry. Sonny formed this company in 1974. In 1983, Sonny received his SIOR professional designation as an Industrial Specialist.

Adin, President, is a University of Texas at Austin graduate, with a B.B.A. degree in Finance with an emphasis on Real Estate. His career began as a banker with Cullen Frost Bank in Houston,  following his experience in real estate marketing with MacAllister Company.   Complementing his banking experience he completed numerous courses in real estate investment analysis through the CCIM and SIOR organizations. He received his SIOR designation in 1995.

Will, Executive Vice President, is a University of Texas at Austin graduate, with a B.A. degree in Economics. He enjoyed a successful ten year career with XEROX Corporation in both Houston and Washington , D.C. He served in numerous capacities in sales, finance, marketing, training and management. After just six years in the real estate industry and completion of SIOR courses, he was awarded an SIOR designation in 2002.

Established leadership in comprehensive real estate consulting / brokerage services for all commercial and industrial properties, the firm's enviable record of success is equaled only by its reputation for the highest business ethics. As in any successful organization, the strength of the firm emanates from its people . 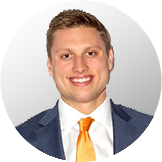 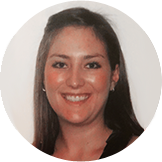